Choose-your-own-adventure web packages. That’s what I do.

News reports often reflect the experiences and biases of the reporters who write them more than those of the people featured in them. Moreover, the best stories involve many actors with different perspectives, and those viewpoints don’t always fit neatly together into cohesive news reports with space, length and style requirements. So I shy away from the sort of journalism that requires the creation of nice and tidy narratives. I go rogue.

The following are web projects I have been fortunate enough to produce due to fellowship opportunities and tremendous support from colleagues and trusted advisers.

California In Crisis: The Unseen OC 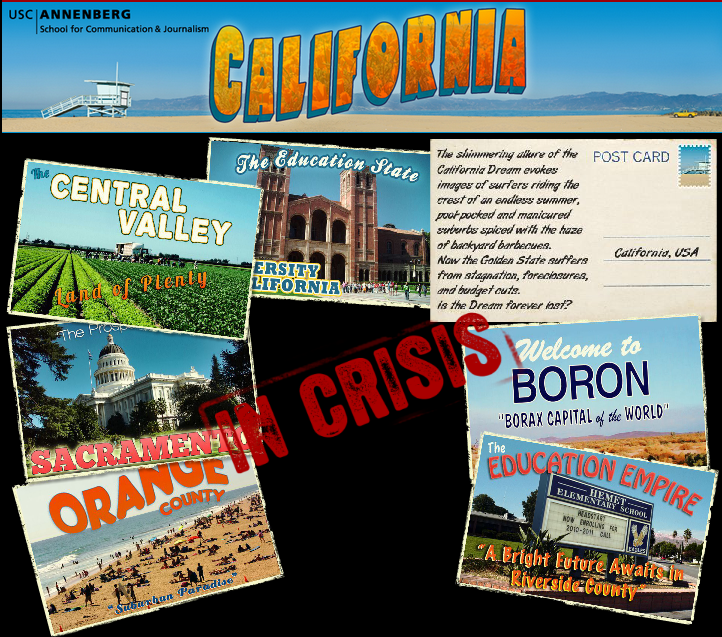 Beneath the glittering surface of the suburban O.C., a hidden world of the homeless and hungry struggle to survive. Even some families bunkered into gated communities face tough economic times in quiet and lonely desperation. The Unseen O.C. explores the underbelly of one of the U.S.’s most affluent areas—Orange County, California. The project won the Association for Education in Journalism and Mass Communication’s 2011 First Place “Best of the Web” Individual Journalism Award.

A band of young, highly talented journalists take on the one question that keeps too many Californians awake at night: “What happened to my California dream?” KCET’s SoCal Connected teamed with USC’s News21 to present a months-long investigation into the dream. How did it wither away? Is it gone forever? Can we bring back the glimmer that made us the Golden State?

CHECKPOINT: Living As An Outsider In A Jewish State 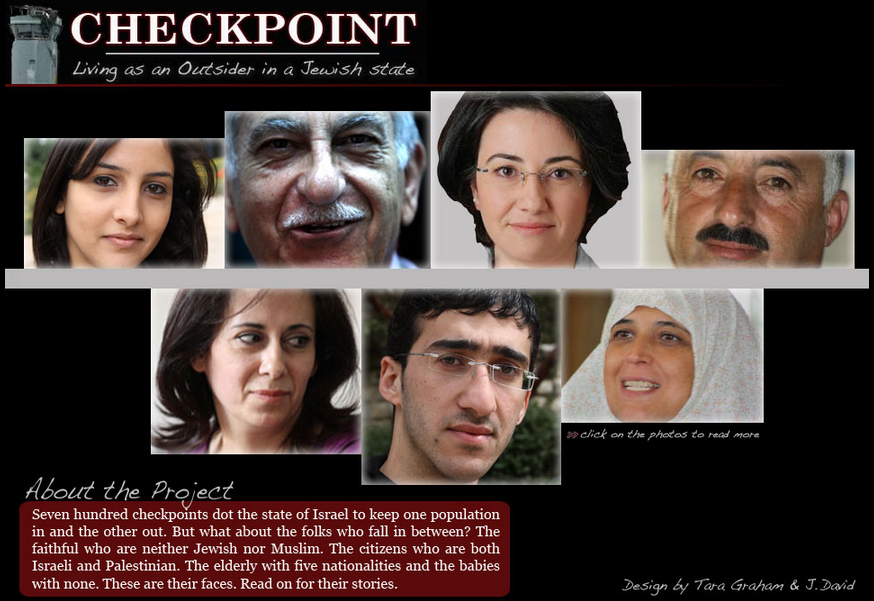 Seven hundred checkpoints dot the state of Israel to keep one population in and the other out. But what about the folks who fall in between: the faithful who are neither Jewish nor Muslim; the citizens who are both Israeli and Palestinian; the elderly with five nationalities and the babies with none? These are their faces. Read on for their stories. The project won USC Annenberg’s Penny Lernoux Award for International Reporting.

In March 2010, graduate students in a USC Annenberg journalism course on religion, politics and gender traveled to Israel and Palestine for 10 days. The group met with religious, political and human rights activists, as well as educators, legislators, refugees, settlers, and media commentators, to explore the ways in which the ongoing regional conflict affects on-the-ground attitudes, beliefs and behaviors. The class filed breaking news, feature reports and blogs with various news organizations. You can read all published work here.

#GlobalPOV: From Public University To Twitterverse

I co-authored the following background piece with Prof. Ananya Roy, education director of the Blum Center for Developing Economies, to explain the logic behind The #GlobalPOV Project’s Twitter integration and experimentation. Article excerpt:

This is the transformation of Twitter, in the American context, from the dissemination of entertainment and political news to an inter-generational public sphere that enables and empowers young people to take charge of public debate.

Military, Money and Motives In Egypt

I had the opportunity to co-author an opinion piece with Prof. Nezar AlSayyad, chair of the UC Berkeley Center for Middle Eastern Studies and author of Cairo: Histories of a City, for the Harvard University Press blog. I traveled to Cairo, Egypt, in July of 2008 to help AlSayyad conduct preliminary research for the Cairo manuscript, and I later served as the editor of the book. This opinion piece was published in February 2011, after the initial Tahrir Square uprisings. In the article, we identify the powerful vested interests poised to threaten the success of the so-called “Egyptian Revolution.” Article excerpt:

The pace at which the Armed Forces move toward transition and reform, and the transparency with which they pursue it, will ultimately determine success or failure. A faster pace and forthright process will most likely ensure an orderly and just transition to democratic civilian rule. A slow, secretive pace—as seems to be the case at the moment—could take Egypt into a future made murky by a dangerous mix of military, money, and motives.

In December of 2010, days before a street vendor in Tunisia self-immolated and set the Middle East region afire with a wave of popular uprisings, I had the opportunity to accompany an academic delegation to Bashar al-Assad’s presidential palace in Damascus, Syria. I was the only journalist in the delegation, so I was able to ask Assad a series of questions about his leadership style (I asked if he considered himself a dictator), political and economic reform in Syria, and his country’s tenuous relationship with Israel, among other topics. Article excerpt:

“I do not know if people would call me a dictator,” Assad said, when asked to comment on his leadership style. “Go out into the streets and ask the people if I am their dictator.”

While taking a University of Southern California foreign reporting class in London, England, I had the opportunity to work as a web editor for the New Statesman magazine. The following is a sampling of the published work I produced during this time. I mostly reported U.S. political news stories for the website, but I also had the opportunity to contribute research assistance and book reviews to the print publication.

Eleanor Catton’s debut novel blurs the divisions between the real, the imagined and the staged. When an underage schoolgirl is discovered to be having an affair with her thirty-something music teacher, the girl’s peers rush to judgement, mixing fact and fiction, truth and falsehood. The resulting, expertly polished, mosaic of intrigue and self-discovery offers a vivid and acute portrait of the anxieties of late adolescence. And when a local drama college decides to turn the scandal into a stage show, the imagined is made real, and the real becomes performance.

While studying journalism on an Annenberg Graduate Fellowship at the University of Southern California, I had the opportunity to report for The Huffington Post’s “Off-The-Bus” election coverage team. The following story resulted from my interview with conservative L.A. radio host Joe Hicks, who said he intended to vote for then-presidential candidate John McCain. The story was one of the most popular on the HuffPo site at the time it was published, as it sparked a lively debate in the comments section concerning the status of race in America. Article excerpt:

“How strongly do you really feel about your political principles, if you can be so blinded by skin color and so enamored by this notion of the first black president?” asks Hicks.