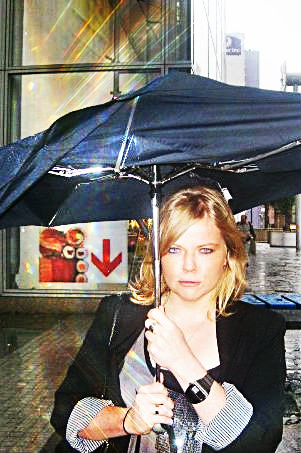 Rainy days, awards and fellowships are my favorite. Uncooperative umbrellas are not.